Today is Empathy Day. Which is great, because empathy is great! Empathy is an important mechanism for social cohesion, bonding, relationship maintenance, and it’s important for co-operation. It’s been documented in humans, apes, rats, dogs, prairie voles (although this has been debated) and many other animals.

But, outdated ableist arguments still persist over autistic people (see example 1 from a book published in April of this year). According to this argument, autistic people defy what it is to be human, they do not feel empathy and do not understand suffering.

These arguments stem from the burden lens of disability (they are not like us and the accomodations we must make are too difficult because they are so different), the infantilisation lens (they do not understand the world as it is, we must protect them), and arguments that routinely dehumanise disabled people.

Even arguments about psychopaths and sociopaths capacity to feel empathy is more nuanced. They successfully use empathy to their own ends, in fact, it has been argued that “To say that a psychopath lacks “empathy” is to reach for a broader definition of the term. It is a definition of empathy that involves sympathy and an unselfish, altruistic impulse…When it is said that a psychopath is lacking in empathy, what is actually meant is that they are lacking in compassion, kindness, and a shared vision of morality.”

Autistic people have repeatedly stated that they do feel empathy, Tony Attwood’s trainings for autistic people, their families, and healthcare and educational professionals states that “autistic people actually have a surfeit of empathy”. Okay, you might say, but at least the false information gets people talking about autism, right? No, perpetuating stereotypes, isn’t “talking about Autism”, it’s just talking stereotypes. It creates difference where there is none, and a greater lack of understanding; not only of autism but also of what it is to be neurotypical; The empathy argument makes neurotypical experiences of empathy seem like a superpower, but it isn’t. Being neurotypical is not better or worse than being autistic, it is equal to autism.

So in answer to a question we are asked frequently in workshops and 1-to-1 support sessions, “how exactly do neurotypicals know how others feel?”, the answer is simple; They don’t.

We can never really understand someone else’s experience. If we could then discrimination, prejudice and power disparities would not exist.

Empathy is an important mechanism for connection, it is a mechanism that can be used for good (altruism, kindness) and bad (manipulation, degradation, humiliation). The only question is, how will you use yours? 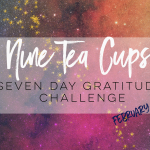 Support Services: Calling out people who use the limited services narrative

Social Skills 101: why productivity does not equate to worth