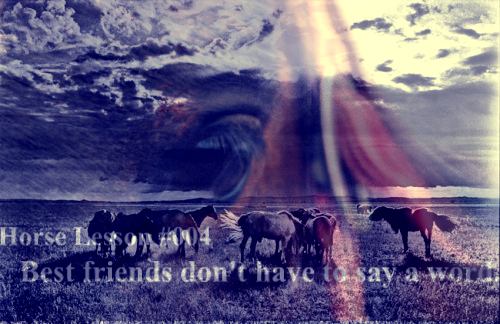 Book Review: A Pony In The Bedroom

Beautifully written, Susan Dunne’s writing is both humbling and enlightening; citing William James, Greek Legends and Holden Caulfield all within the first few pages. The book chronicles the author’s life as a female with Asperger’s Syndrome and her journey through university, anorexia, homelessness, self-harm, world travel, attack, animal bonding, post traumatic stress disorder, counselling and loss to name but a few.

A chance question brought the author back to her childhood love of horses, which helped to put her on the path to her recovery.

As a child on the Autistic Spectrum, Horses were Susan’s special interest. She found acceptance from Horses, noting that it “allowed me to enter the herd without demands or expectations and to see the herd as a place of safety and inclusion”. After reintroducing horses into her life, she explains that her horses taught her about various “coping mechanisms and how to think about and be responsive to another sentient being”.

In her descriptions of her interactions with horses she mentions that she learnt about them through non-judgemental observation; “I did not bring to horses the anthropomorphic assumption that they would think and see the world as I did or that they would speak my language and that they were stupid if they didn’t”.

A pony in the bedroom offers great insight into the importance of special interests; they act as emotion regulators. In the case of the author, her special interest saved her, they allowed her to rebuild her world and to then help others. Using special interests as an intervention in mental health to assist positive mental wellbeing could save lives and create new horizons for everyone.

Susan’s relationships with her horses tracks alongside her trauma recovery, with her stating “a few years later, I had moved on to some extent from the assault”. It’s important to remember that recovery takes time and that amount of time is undefined. It is equally important that as a society we work to find ways to best support survivors of trauma and, in addition to this, find ways to best explain trauma and it’s many effects to survivors. All of whom will have different wiring, all of whom will have their own story.

In the early pages of the book she aptly describes post traumatic stress disorder (PTSD) as “an existence in some strange, peripheral no-man’s-land, a ghost caught between earthly existence and eternity”, her observations gave me pause. There are few books that so accurately describe what it is to experience PTSD. As a survivor of trauma and someone who has lost fellow survivors of trauma, A pony in the bedroom is not an easy read. There were times when I had to put the book down for weeks, even months, at a time, times when my heart broke into a million pieces as I wished that this book had been available when my fellow survivors were still alive.

“I had to accept again that nothing was going to change the issues that came with living in an autistic world and also that the effects of post-traumatic stress can be very long: I was always going to be cut off and alone to some degree and the world would never be a wholly safe place to be in. … thanks to horses, it was now a considerably better place than it had been before”.

We are at an interesting crossroads with regards to inclusion and information about what the Autistic Spectrum is and how it manifests. While­­­ progress has been made, there is still a long way to go. At a time when non-autistic health professionals are using the notion of fluidity to discredit and remove earlier diagnoses of Autism, Susan Dunne discusses the notion of “masking”, stating that “there is no cure for Autism: it is a pervasive developmental disorder which affects you for your life”.

Denying the experience of children, teenagers, adults, and the generations of people with autism that came before them is damaging. Denial does not cause anything to cease to exist, and books like this are essential in furthering clinical and societal understanding of Asperger’s Syndrome.

“I can often pass off as a native speaker. But I still lack the subtle nuances of the true native: the turns of phrase, the unusual idioms, the metaphors of social discourse that mark out the truly bilingual from the merely fluent. I have never become a native of this world but these days, after a lifetime of practice, I can do a tolerant pastiche.”

To pass off as a native speaker, Susan writes that she lived in two separate worlds; (1) the foreign external world that “grates and jars on the senses” and is governed by invisible social rules, and (2) the safe inner world that is silent and filled with a passion for learning. “It is the chance to let go and breathe deeply again, to shake off the outside world”, she writes.

Lately, the hashtag #SheCantBeAutistic has featured on twitter. It describes women who are mothers, women with large friend groups, intelligent women, women with a great sense of humour. Ignorance keeps us where we are comfortable. Diversity is part of life, and amongst all of the women in the world who are autistic there is a huge amount of diversity. Some Autistic women are introverts, some extroverts, some love to read, some love to dance. Autism is one aspect of someone’s identity, while it can and does have a profound effect, it doesn’t mean that the individual is any different from any other individual.

By learning about our differences we can learn to create a world that perhaps does not jar on the senses, and allows us to ask for clarification – without fear of judgement or repercussions – when the rules are not clear.

“My days had changed from an unstructured mess into a routine whose purpose was so overriding that any deviation from it seemed worse than death…. because hunger protected me from the confusion and terror of the social world, I embraced it. And because I embraced it, it enslaved me”.

Many of the young women that we have worked with have decided at some point to stop eating. The role that autism plays in Eating Disorders (ED) is key to learning about how best to help the individual in question.

Having used this chapter to explain this behaviour to the families and close friends of the young women we have worked with helped them better understand the reasons for the ED and why it was used as a failsafe in some cases. It meant that the young women in question felt better equipped to express their reasons for not eating, how they felt that they needed help and how they wanted to be communicated with. They learned that their families and friends were not conspiring against them, but striving to create a world that they would feel comfortable in. A nexus between the inner and external worlds, safe and protected. A place that they could be nurtured and allowed to retreat to their inner world with ease and no fear of judgement.

A Pony In the Bedroom shows that is possible to not only recover, but to thrive. It is also a reminder that we need to work harder as a society to teach one another to accept difference not only in others, but in ourselves. It is testament to the power of relationships and what animals can teach us (if we listen), and it is testament to the resilience of the human spirit.

It is not possible for me to summarise this 271 page book and do it justice. My advice? Read it. It is phenomenal.

There have been so many instances in this review process that I have pulled myself away from it. As a survivor of trauma, the goal is to move forward and find peace, not to erase history. The reality of moving forward and finding new peace is that history cannot be erased. So even though I can speak of my experience when I choose to, I found that reminders of the process that followed triggered subtle defence mechanisms that draw me away. This review has taken the better part of a year to write.

I would like to thank the author, Susan Dunne, and Jessica Kingsley Publishers for giving me the opportunity to review this book. It has been both an honour and a pleasure.  A Pony In the Bedroom is available at all good book stores. 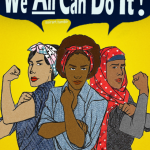 #InternationalWomensDay16: Say Hello to Some of the Women who Inspire Us

#Advocacy: How do you tell people about the work you can’t publicise?